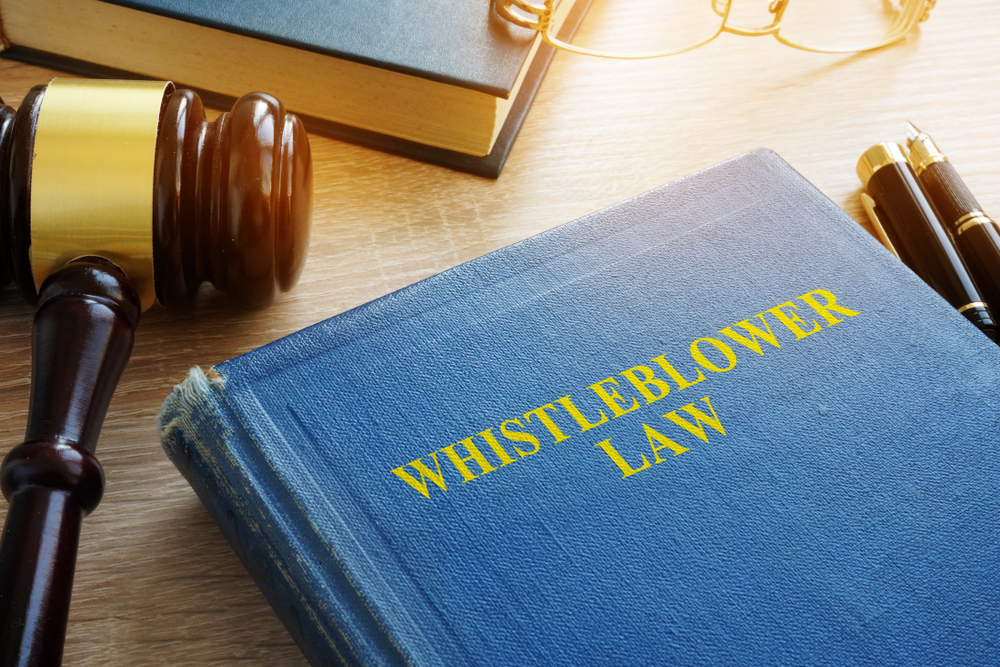 As the American Revolutionary War raged in February 1777, a group of colonial sailors aboard the USS Warren blew the whistle on the head of the Navy.

More than 200 years before an American intelligence professional would file a complaint about a phone call involving Donald Trump and a favor from the Ukrainian president, the nascent American republic’s first whistleblowers risked their freedom to alert the Continental Congress that Commodore Esek Hopkins was unfit to lead.

President Trump has attacked his whistleblower on Twitter and fired officials who testified against him.

Hopkins had two of his whistleblowers thrown in jail on criminal libel charges.

The Hopkins case was an early test for our new government.

In response, the Continental Congress determined to set the country on an honest path.

The founders recognized the importance of whistleblowers to an effective democracy. They backed the whistleblowers, both by helping with their defense and by adopting the nation’s first whistleblower protection law.

The Revolutionary War gave birth to America’s first whistleblower protections that have grown in the ensuing 200 years. The question now is whether protections for federal employees will survive today’s tumultuous times.

The story of corruption exposed by individuals who take extraordinary risks to blow the whistle has been repeated thousands of times throughout American history.

From those 10 sailors to people who ferreted out corrupt contractors during the Civil War and from Watergate’s “Deep Throat” to Linda Tripp, who exposed President Clinton’s affair with a White House intern, whistleblowers have been part of the fabric of the United States at virtually every stage of its existence.

Whistleblowers have saved U.S. taxpayers billions of dollars in waste and have alerted the public that safety was being compromised. They’ve exposed corruption, saved lives and precipitated the impeachment or near impeachment of three presidents.

Generally speaking, a whistleblower is anyone who exposes illegal or corrupt activities. This can be an employee of a private company that fraudulently bills Medicare or a White House aide who listens in on a questionable telephone call.

There are scores of laws in the United States protecting and even financially rewarding whistleblowers in different circumstances.

Lately, whistleblowers have come into prominence after several government employees filed whistleblower complaints against President Trump and his administration.

The most serious complaints ultimately led to Trump’s impeachment by the House of Representatives and later his acquittal by the Senate on charges of abuse of power and obstruction of Congress.

The primary Trump whistleblower was the subject of a campaign to expose his or her identity.

Overall, the Trump whistleblowers have become engulfed in the impeachment battle. They and the system they use have come under attack. Along the way, some whistleblower protections have been weakened.

But a lawyer who helped found the National Whistleblower Center says the nation’s whistleblower protections, as a whole, are relatively strong for most of those who seek to expose wrongdoing.

The one glaring exception is that federal employees have little to no protection, and that situation is getting worse.

State and local government employees, as well as people who work in the private sector, have strong protections under whistleblower laws, Kohn said. “Whoever gets in the White House and Congress don’t want to pass laws that promote whistleblowing against themselves. This has been a bipartisan gang up.”

The very first whistleblowers in America were also among its first federal employees.

Enactment of the first American whistleblower law followed complaints from 10 sailors and marines aboard the Warren off the coast of Rhode Island. The men wrote a petition to the Continental Congress detailing Commodore Hopkins’ erratic behavior

One of the men, Chaplain John Reed, wrote that Hopkins said he would disobey Congress, was “remarkably addicted to profane swearing” and had abused British prisoners.

The group selected Captain John Grannis to bring their petition and statements to Congress.

Hopkins was from a powerful family. His brother, Stephen, had served in the Continental Congress, was a signer of the Declaration of Independence and a former governor of Rhode Island.

Esek Hopkins served in the Rhode Island General Assembly through 1786.

But the Congress saw the importance of what the whistleblowers were doing. It  backed the men and removed Hopkins from his naval command on March 26, 1777.

That was not the end of it, though.

“Your petitioners, not being persons of affluent fortunes but young men who have spent most of their time in sacrifice of their country in arms against its cruel enemies since the commencement of the present war finding themselves arrested for doing what they then believed and still believed was nothing but their duty.”

The men’s plea has echoed through history.

“I’ve heard so many times from whistleblowers,” Kohn, one of the founders of the National Whistleblower Center said in a TED talk. “‘We’re only doing our duty as citizens.’”

“Whistleblowers who are right always deliver a painful message,” Kohn, told the Legal Examiner. “In 1777, 1778, that message was highly embarrassing to our new revolutionary government. But they put that aside and they understood that without the freedom to expose wrongdoing, you could never have a democracy.

“That’s what we need to see today,” continued Kohn, who authored “The New Whistleblower’s Handbook” and unearthed the documents of the Hopkins’ case. “Essentially, our leaders must get over it, accept the criticism, welcome the criticism and make government work better.”

About three weeks after the jailhouse petition was written, Congress unanimously passed the nation’s first whistleblower law on July 30, 1778, more than four years before America entered into a preliminary peace treaty with the British and nine years ahead of the signing of the U.S. Constitution.

The young wartime Congress paid for Shaw and Marven’s legal defense, and the two men won their cases. The bill for their defense was a princely sum in 1788: $1,418.

Congress also made public all the documents in connection with the case, including the statements and petition from the whistleblowers.

“I know of no other case where the U.S. Congress has paid money to hire a lawyer to defend a whistleblower anywhere,” Kohn said. “For them to do it at the height of the Revolution – it said, ‘We mean it. We really mean it.’”

Whistleblower laws have evolved since the Revolutionary War.

The next big change came during the Civil War, a time of profiteering when corrupt contractors sold the Union Army useless uniforms that easily disintegrated, blind horses and gunpowder laced with sawdust.

The government couldn’t afford to monitor these purchases, so it passed a law that authorized private citizens to file lawsuits on behalf of the government against entities that had committed fraud against the country.

Scores of whistleblower laws on the books

Now, there are about 50 federal whistleblower laws, each with its own specifications and provisions, according to the National Whistleblower Center.

Kohn said about 47 states have explicit recognition of whistleblower protections, and 26 states have a version of a false claims act to protect local and state spending.

The False Claims Act, which has been revised over the years, remains one of the strongest whistleblower laws in the country, according to the Whistleblower Center.

The law bestows financial rewards on whistleblowers for uncovering fraud. They can collect between 15% and 30% of the proceeds recovered from the offending party.

One whistleblower Kohn represented, Bradley Birkenfeld, was awarded a record $104 million after blowing the whistle on Swiss financial accounts held by U.S. citizens to evade taxes, according to the Whistleblower Center.

As a result of Birkenfeld’s report, the government recovered $780 million in civil fines and more than $5 billion from the account holders. The case also led to changes in how the Swiss report Americans with illegal accounts.

Aside from high-profile attacks on whistleblowers, Congress has recently passed, and the president has signed, two laws that strengthened protections for those exposing wrongdoing related to federal taxes, Kohn said.

One significantly expanded the scope of the kinds of wrongdoing whistleblowers could be protected for exposing.

The other instilled strong protection from retaliation against whistleblowers who expose tax fraud, Kohn said. “Until 2019, you could be fired for exposing a tax fraud, so there was no protection.”

All told, about 10,000 whistleblower complaints are filed annually under three  laws – the IRS Whistleblower Law, the False Claims Act and Securities and Exchange Commission whistleblower laws, including the Dodd-Frank Act.

About 2,800 federal employees file whistleblower disclosures and whistleblower retaliation complaints each year, according to the Government Accountability Office.

But federal employees who seek to report wrongdoing still face enormous challenges. That was the case even before the Ukraine whistleblower came to the fore.

“Federal whistleblowers are hanging on by a thread,” Kohn said.

Federal employee whistleblowers file reports to either the Office of Special Counsel or the Office of Inspector General, Kohn said. These two offices have the authority to protect confidentiality and can pressure agencies not to retaliate.

But they can’t compel reform.

“They can write up reports and make recommendations trying to get change,” Kohn said. But the reports are advisory.

If an agency opposes a whistleblower complaint, the case is supposed to have a hearing before the Merit Systems Protection Board, or the MSPB.

If a federal employee is fired and claims it was in retaliation for blowing a whistle, they have a limited time to file a wrongful discharge case before the MSPB. This applies to all federal employees, except those in the intelligence community, who may go to the inspector general.

That means if the Ukraine whistleblower wants to complain that he or she faced retaliation from President Trump and his supporters, the president will have final say.

The MSPB is supposed to have three members, two appointed by the White House. Liz Hempowicz from the Project on Government Oversight, testified before a Congressional Committee in January that the MSPB has not had a quorum for more than three years and now doesn’t have a single member.

“This situation is disastrous for whistleblowers who are subject to retaliation,” Hempowicz said.

Also, when the Office of Special Counsel finds in favor of a whistleblower, the agency involved may appeal to the MPSB.

“But without the board, the case joins a 2,000-plus backlog of cases awaiting review,” Hempowicz said. “So, whistleblowers are both unable to move their cases to a court and unable to enforce Office of Special Counsel decisions.”

President Trump has fired several inspectors general, and those who are left are “under pressure clearly not to follow the law on whistleblowing,” Kohn said. He said these terminations of inspectors general for doing their job is “unprecedented.”

Kohn added that the Office of Special Counsel and Office of Inspector General are the only remaining option for federal employees who want to expose government wrongdoing.

“That’s all there is left, and we’re just going to hope they hold,” Kohn said.

Hempowicz told Congress federal employee whistleblowers have performed an important role. “It would be a profound loss to Congress and taxpayers,” she added, “if whistleblowers stopped making disclosures, as it would make objective oversight nearly impossible.”