Stevens-Johnson Syndrome (SJS) is a serious skin and mucous membranes disorder. SJS can worsen, especially if untreated or improperly treated. Once 30% of the skin surface is affected, it becomes toxic epidermal necrolysis (TEN). Without medical attention and treatments, these conditions can have a lifelong impact and even be fatal. Unfortunately, Stevens-Johnson Syndrome and toxic epidermal necrolysis are painful conditions often caused by medications that treat other illnesses, including gout, bipolar disorder, inflammatory illnesses, and ulcerative colitis. In many cases, Stevens-Johnson Syndrome occurs because of medical malpractice. Cases of SJS medical malpractice include physicians who misdiagnose the condition, don’t properly warn patients of the risks associated with their medication, prescribe the wrong dose, improper monitoring, and more.

What are SJS and TEN?

It’s estimated that around 2 million Americans are diagnosed with SJS each year, and the most common cause is a reaction to a medication. In fact, over 200 medications have been linked to and caused around 75% of cases. Other risk factors for Stevens-Johnson Syndrome and toxic epidermal necrolysis are weakened immune systems and infections, like pneumonia. Some people have genetic or environmental factors that induce the condition.

Those who suffer from SJS display an array of symptoms that worsen when untreated, undiagnosed, or misdiagnosed. The beginning symptoms of Stevens-Johnson Syndrome are similar to the flu, including fever, sore throat, fatigue and burning eyes. However, it can quickly progress to skin pain and a painful rash. Without medical attention and diagnosis, the rash spreads and blisters and eventually dies and peels off, leaving open and extremely painful wounds.

Stevens-Johnson Syndrome can also affect the mucous membranes in the eyes, genitalia, and mouth, which present as blisters. If toxic epidermal necrolysis occurs, these membranes can worsen with sores, swelling and crusting. In the most severe cases, SJS can be fatal, and once it becomes TEN (30% of the skin surface is affected), the risk of death significantly increases. Serious complications from toxic epidermal necrolysis can occur, including sepsis, respiratory struggles and respiratory failure, blindness and permanent skin damage. About one-third of those who develop toxic epidermal necrolysis die from the condition.

There have been many lawsuits against doctors for medical negligence when Stevens-Johnson Syndrome and toxic epidermal necrolysis occurred. Since the most common cause of SJS/ TEN is from reactions to drugs prescribed by medical providers, their action – or inaction – have led many Americans to suffer this painful skin condition as a result. When medical malpractice happens, the physician should be held responsible.

In 2018, a John’s Hopkins study suggested medical errors are the third-leading cause of death in the U.S. The data collected over eight years indicated more than 250,000 deaths per year were because of medical errors.

Systemic problems in the healthcare and medical insurance industry are thought to be the main factors. However, there are several reasons a doctor may be liable when their patient develops Stevens-Johnson Syndrome. When they fail in their responsibility to provide adequate guidance, monitoring, and treatment of medications that can cause SJS, those with the condition could sue for medical malpractice. Here’s why.

Inadequately Informed: Medical providers must be informed about risks associated with the prescription drugs they provide. Without this knowledge, their patients are put at risk of mild to severe, short- and long-term illnesses and conditions, such as Stevens-Johnson Syndrome. Medications linked to SJS treat everything from viruses to chronic health conditions. If the doctor is unaware of how they could interact with other medications or the potential red flags when taken, they could face a medical malpractice lawsuit.

Lack of Warning: Prescription medications can cause an array of side effects, and medical providers should communicate and discuss those risks with those who take them. Sometimes those side effects cause more severe symptoms or conditions than what they treat. Depending on the patient and situation, they aren’t always worth taking. Properly warning patients about the side effects and Stevens-Johnson Syndrome risk factors is important for them to make an informed decision.

It also ensures that the person taking the medication knows what to look for, such as widespread skin pain. The earlier SJS is diagnosed, the better the chance of recovery and stopping it before it does permanent damage or becomes fatal.

Wrong Dose and Use: Medications that can cause SJS need to be given at the right dose. The dose and if it’s to be titrated needs to be controlled and based on medical knowledge and drug information, including guidelines by the manufacturer and the Food & Drug Administration (FDA). For example, in 2013, the FDA announced the risk of acetaminophen causing SJS.

Titrating, which is when a medication is increased over time, is needed for a reason with medications that can cause SJS, TEN, and other serious conditions. Because of this, doctors must ensure their patients titrate properly, both when increasing or decreasing/ weaning off certain medications.

Improperly Monitored: In addition to doctors who don’t prescribe the right dose or warn patients of the risks, they could face SJS medical malpractice lawsuits due to improperly monitoring their patients. If medications carry risks of serious illness, it’s vital that physicians adequately monitor and assess patients on those drugs. Without doing so, they face a greater risk of developing something like Stevens-Johnson Syndrome.

Misdiagnosed or Undiagnosed: Doctors could also misdiagnose or simply fail to diagnose SJS when symptoms arise, which can be catastrophic. Since the warning signs of Stevens-Johnson Syndrome and toxic epidermal necrolysis are well-known in the medical field, patients could sue for medical malpractice if a doctor doesn’t recognize the condition. They may seek compensation for a range of struggles and effects that SJS can cause, such as loss of wages, permanent or long-term conditions, medical costs, and pain and suffering. Holding those accountable for what could have been prevented or treated earlier is important.

Others Liable for SJS and TEN

Beyond SJS medical malpractice lawsuits against the doctor who prescribed the medication, other parties could also be held liable. Pharmacists have an obligation to review and counsel consumers when given medications, including the possible medical conditions and health struggles they could cause. All approved medications come with specific guidelines and warnings, so pharmacists are responsible for communicating and ensuring consumers are aware of the risks and how to use them properly. If they don’t, the pharmacist could be at fault.

There are also cases where the drug manufacturer could be sued for negligence when a medication caused Stevens-Johnson Syndrome. They could fail to properly communicate to consumers who take the drug and the doctors who prescribe it by inadequate or missed warnings on the medication’s label.

How is SJS Treated?

When someone develops Stevens-Johnson Syndrome, they’re also at risk of it worsening. If it becomes toxic epidermal necrolysis, additional permanent damage could occur. The conditions are typically treated in a hospital, where doctors and nurses can monitor and help with the healing process.

It can take months to heal from SJS and TEN fully, and if a medication causes it, the patient can’t take it ever again; if they do, the condition could be much more serious. The earlier the conditions are diagnosed and medical attention is sought, the better the chance of recovery, and long-term effects are less likely.

Medical attention and treatments for Stevens-Johnson Syndrome and toxic epidermal necrolysis include:

Depending on the patient, corticosteroids may be administered, but there’s controversy due to the risk of masking sepsis and increased infection rates. Other treatments, including plasma transfusions, could help treat Stevens-Johnson Syndrome and toxic epidermal necrolysis.

If you develop SJS or TEN, or a loved one died from either disease, consulting with an experienced medical malpractice law firm can help determine your legal options. Being properly compensated for the financial, physical, and emotional damages can provide much-needed support and relief as you and your family suffer the often-lifelong impact of these serious skin diseases. 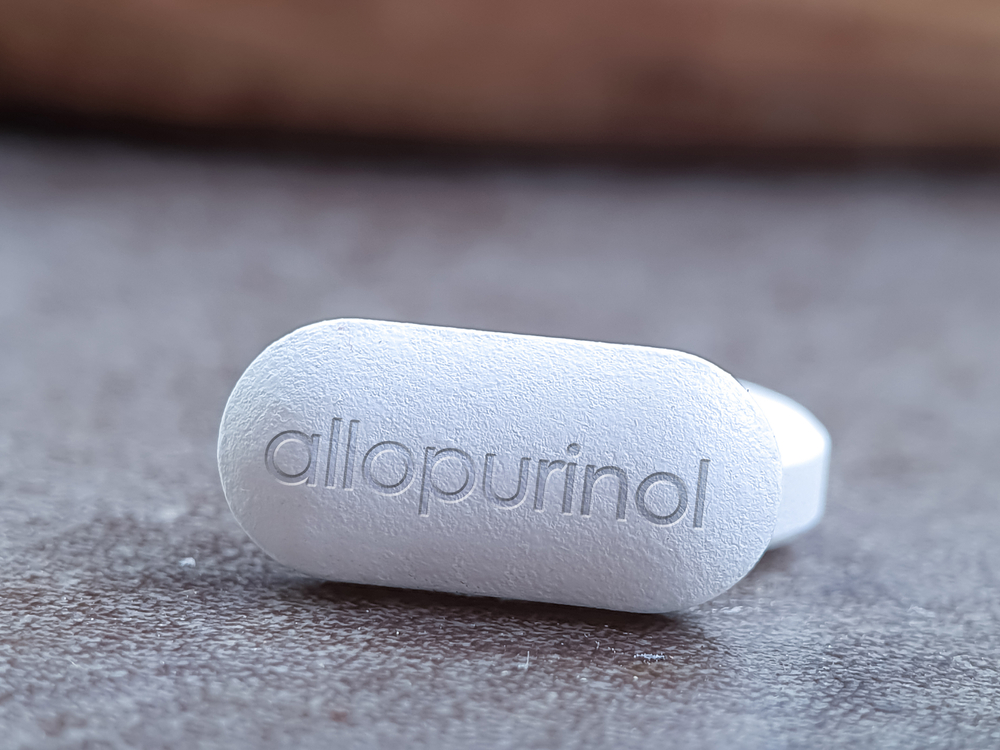 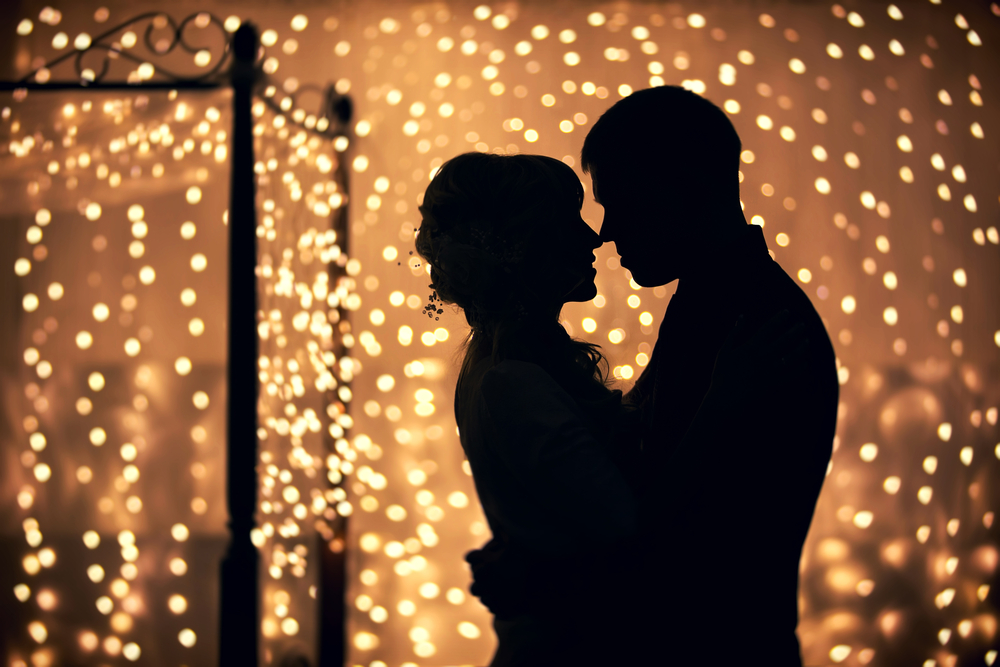