Tens of thousands of sex abuse survivors in the United States have bravely come forward over the last decade. They’ve shared not only the details of their trauma but given insight into the web of shameful and inadequate safety protocols at the institutions their abuser worked or volunteered.

What has been learned from the emergence of these mass claims are that institutional sex abuse is rampant across the country. Victims of sexual abuse have exposed coverups, victim blaming, and poor reporting protocols, and greater action is needed to support survivors and prevent future assaults. On the heels of the Nassar sex abuse scandal in Michigan and others, such as the Boy Scouts of America and dioceses of the Roman Catholic Church, another institution is under fire: 950 people have alleged the late Dr. Robert Anderson, former physician and team doctor at the University of Michigan, of sexual abuse and misconduct that occurred over a 37-year period.

As allegations of negligence against the University of Michigan continue and victims of Anderson speak out, it’s clear that change and accountability are necessary. Students at universities deserve to be protected, believed, and supported when allegations of sexual misconduct occur.

But the University of Michigan failed its students. They enabled Anderson and created a culture that didn’t properly support those on campus. Now, the university has committed to reform, but it’s little solace or help to Anderson’s victims, especially when a better response might have prevented others from being sexually abused.

The late Dr. Robert Anderson was employed at the University of Michigan from 1966-2003. His 950 victims have recounted disturbing abuse under the guise of medical treatment and examinations, including inappropriate fondling, unnecessary rectal and vaginal exams, and forced nudity.

Some students who saw Dr. Anderson for symptoms and conditions like migraines and sore throats were subjected to genital exams. Former athletes even claim that Anderson’s misconduct was well-known among students and staff.

The impact of being sexually abused by Anderson had immediate and lasting repercussions on his victims. Some students quit their position on sports teams, struggled with their academics, and required mental health counseling. Like other survivors of sex abuse, there are risks of lifelong struggles.

Class Action Lawsuit Against the University of Michigan The investigations into sexual abuse claims at the University of Michigan have uncovered negligence on the part of the school. Students who were sexually abused by Anderson were left alone in their trauma. The impact of sexual abuse has a high price, and in this case, he could have been stopped had the right protocol and safety measures been in place; one of the first claims against Anderson was made in the mid-70s, and yet, he abused students for another 30 years.

Students who told staff of the abuse and questioned Dr. Anderson’s practices were ignored or convinced nothing wrong had happened. It should come as no surprise then, given these discoveries, that a class-action lawsuit against the University of Michigan has been filed.

The lawsuit alleges that school officials violated federal law; the university didn’t have or follow through on policies that protect students from sexual abuse. Because of their negligence, those who attended the University of Michigan were put at an increased risk of sexual assault and harassment, according to the class-action lawsuit.

Institutions such as universities have a responsibility to create a safe environment, one that includes a system for reporting sexual assault allegations. Advocates, lawyers, and survivors of sexual abuse at the University of Michigan are demanding greater action on the part of the school. Awareness of the reporting process, protection for students in vulnerable positions, such as during physical examinations, a culture of openness, staff training, and proper investigation into claims have been identified as ways to improve safety on campus.

Far too many institutions have been involved in sex abuse scandals that span 50 or more years, including the Boy Scouts of America, USA Gymnastics, and now, the University of Michigan. These cases have revealed broken systems of investigation, police reporting, and reprimands by the institutions abusers are a part of.

How Does the University of Michigan Take Responsibility?

The university has publicly committed to improving student safety. So far, the revisions to how the University of Michigan addresses sexual misconduct include the creation of the Equity, Civil Rights and Title IX Office. Its purpose is to provide resources for support, awareness initiatives and preventative measures concerning student abuse. They will also develop community values surrounding student safety and introduced a policy change that prohibits relationships between supervisors and their staff.

Faced with almost 1,000 people who claim they were sexually abused by Dr. Anderson, what the university does next will define the narrative and future of student safety at the University of Michigan. With the institution in the spotlight, students, and citizens across the country, are rightfully demanding change, and it needs to happen quickly. 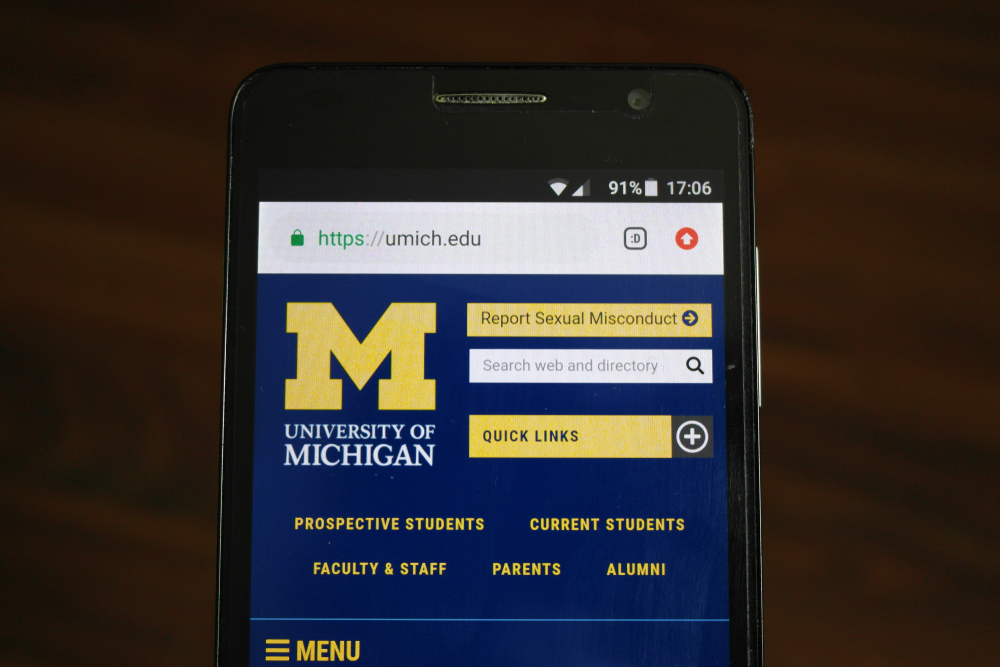