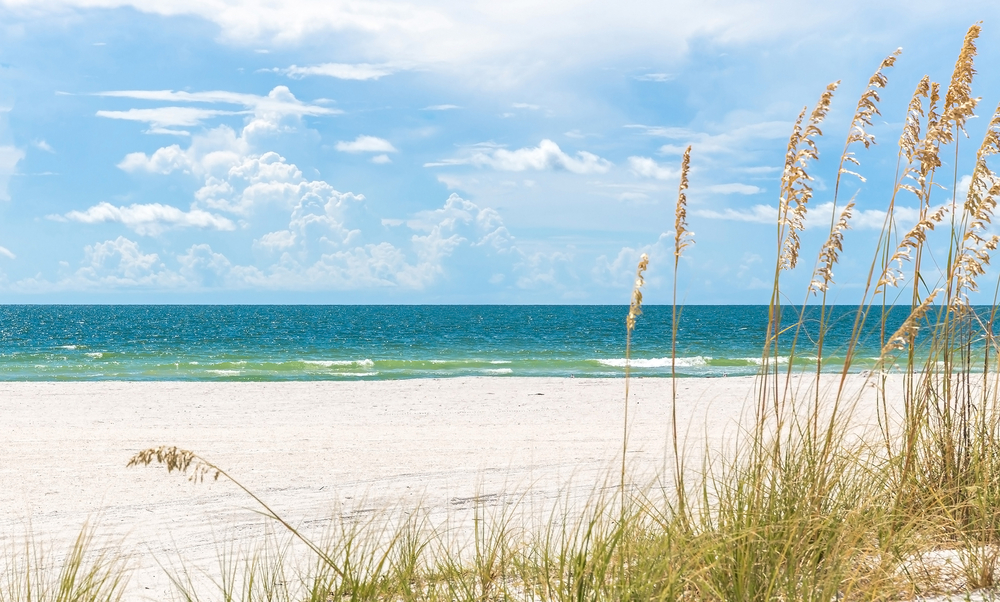 These battles usually take place in the courtroom, but sometimes can become physical.

This summer, a dispute between two New Jersey beachgoers erupted into a physical altercation with one man stabbing the other. At issue was whether the disputed beach was set aside for fishing or swimming.

Courtroom disputes over beach access can reach as high as the U.S. Supreme Court. A lengthy battle between a billionaire and the state of California over his disputed right to control access to the beach bordering his property may have failed at that level, but is still being litigated at the state level.

One of the latest legal disputes over beach access rights is taking place in Florida, pitting the mayor of one town and some of his residents against all 109 residents of a neighboring town that fronts on the Gulf of Mexico.

Belleair Shore is small but wealthy and obsessively private

Belleair Shore is a tiny, but rich town of a little more than 100 people and just 55 homes, all of which are beachfront, facing the Gulf of Mexico. Collectively, the homes have an average value of $2 million each. One home sold a year ago for $16.5 million.

The mile-long town is exclusively residential, without businesses, stores, schools, churches or municipal buildings. The Town Commission traditionally meets at the mayor’s house. Each home’s legal backyard extends all the way to the Gulf of Mexico’s mean high tide water line.

On its own website, this 38-acre town declares its residents “jealously guard” the privacy of their sandy, sun-filled backyards. They regularly refuse millions of dollars’ worth of beach sand renourishment, funded by the state and federal governments, so they can legally bar non-residents from using their three beach access parking lots.

The only exception to that ban applies to the 1,600 residents of their neighboring, much larger city of Belleair Beach, who by ordinance and deed are allowed “access to the beach areas” on and behind those private parking lots.

There is a caveat, however. Since this past summer, Belleair Beach residents are barred from erecting any “tent, canopy, umbrella, temporary shade structure or recreation structure on the beach within the incorporated limits of the town.”

The declared purpose of the June ordinance is “to maintain the peace and serenity of the beach for the use and enjoyment of its residents and guests”. The penalty for repeatedly violating the ordinance is $500.

Yet another ordinance prohibits and fines anyone carrying any food or food containers onto the town’s beach access lots.

The rub here is that most, if not all, Belleair Shore homeowners’ property deeds include much of the sandy beach.

And that brings us to the lawsuit filed in October by Joseph Manzo, mayor of that neighboring city of Belleair Beach.

Manzo insists he is suing Belleair Shore individually and is not acting in his formal elective position. A number of residents in his city are joining the lawsuit, however.

The mayor claims the Belleair Shore actions have violated and “negatively impacted” his “property, personal, contractual and constitutional rights.”

He also claims the smaller town’s commission acted in a “self-serving” manner in passing an ordinance to “keep all beach-going individuals off of the beaches” adjacent to their Gulf-front homes.

According Manzo, at a May 2020 hearing on the ordinance barring beach umbrellas, Belleair Shore commissioners said they wanted “to not have people set up shop” or to “block the commissioners’ or residents’ views of the Gulf of Mexico.” They said directly they wanted to “deter people from coming to and using the beach.”

He is seeking an injunction negating Belleair Shore’s beach access rules as well as more than $30,000 in damages.

In particular, Manzo believes he has the right to bring an umbrella to the beach. He argues that the ordinance exposes fellow residents of his city, Belleair Beach,  to the “full, direct, non-shaded sun exposure, thus heightening their risks of skin cancer and other serious health issues such as heat stroke.”

Citing deeds issued in 1944 and 1948 for three lots now used for beach parking and a 2003 interlocal agreement between the two towns, Manzo says Belleair Beach residents were and are granted “perpetual and irrevocable license” to use the adjacent beach in Belleair Shore for “beach or bathing purposes.”

He also points out that by state law, the town government of Belleair Shore must act as a “trustee” to protect Belleair Beach residents’ rights to use the town’s beach.

The small town’s reaction to out-of-town beachgoers, according to Manzo, has been increasingly aggressive:

Since Manzo filed his lawsuit, a number of Belleair Beach residents have joined Manzo’s court battle. Belleair Shore has yet to officially respond to Manzo’s lawsuit.

Belleair Shore Mayor said he would not comment on pending litigation.

Arguments over beach access often involve wealthy people who can afford to own beachfront property. Over the years, Vinod Khosla, founder of Sun Microsystems, blocked people from reaching a public beach adjoining his property by locking his gates and posting “no trespassing” signs.

The California Constitution and state law guarantee public access to all of California’ 1,100 miles of shore from the mean high-tide line to the water’s edge. Any limitation to the public’s right to beach access must be approved by the state’s Coastal Commission.

In one of multiple lawsuits filed against him, Khosla was sued in 2014 by a coastal protection group that wanted the beach reopened. They had won both in state trial and appeal courts and the Supreme Court’s decision in 2018 not to take the case effectively upheld the state court rulings that he needed a state permit to close off the beach.

Now, in a new legal action, California says Khosla’s actions “improperly and illegally” restrict the public’s access to the beach. The state wants state courts to allow an unimproved roadway that crosses Khosla’s land to be used by the public.

The nearly decade-old legal dispute is yet to be settled and the public still cannot visit the beach.

A federal court ruled in 2018 that the city of St. Pete Beach, another city on the Gulf of Mexico just a few miles south of Belleair Shore, must pay a private property owner nearly $1.5 million in damages after it improperly allowed and actually “encouraged and invited” the public to trespass on his Gulf-front property.

In contrast, after some 10 years of litigation, the Maine Supreme Court ruled in 2019 that the 2-mile-long Goose Rocks Beach in Kennebunkport was owned by the city and not the upland property owners.

Maine law says that waterfront property owners own all the way to the low tide mark, except in cases involving a controversial “public trust doctrine” that allows the public to use the beach area between the low and high tide lines. It is just one of a number of ongoing legal fights over public access to beaches along the Maine coast.

The case cited historical use of the beach dating back to the 1700s, but the court found that ownership of the intertidal zone had never been granted to the homeowners.

Despite initial defeat in court, a city in Hawaii is pursuing its legal battle to acquire Papaikou Beach via an eminent domain proceeding, declaring the need for “unobstructed, perpetual, and non-exclusive right-of-way to the beach.’’

“I’m totally elated and delighted … What we were trying to do was protect our property,” one of the defendants told the Providence Journal at the time.