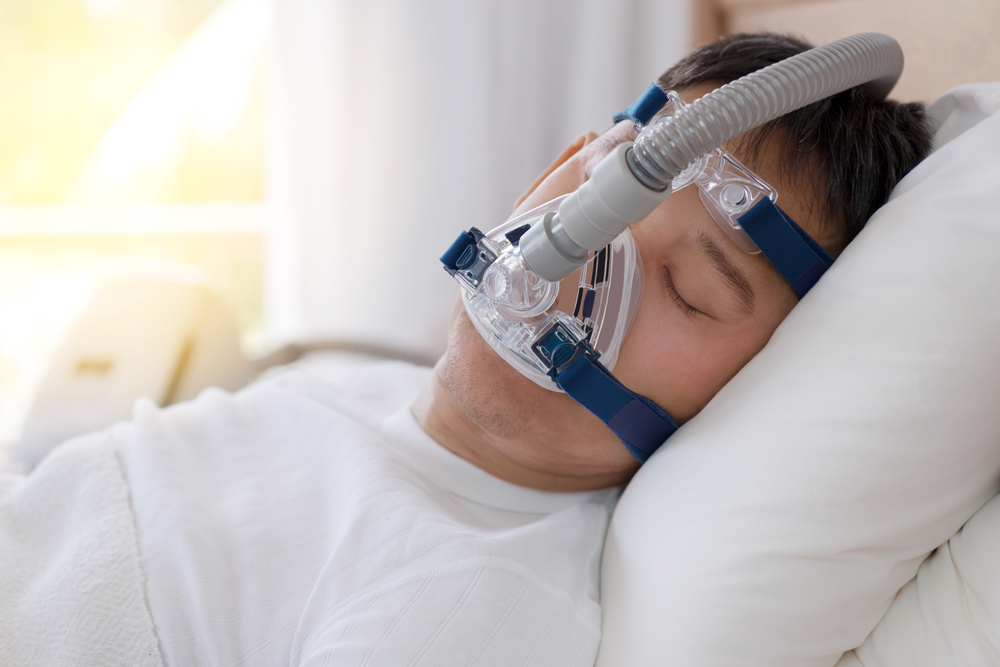 It can be irritating when you toss and turn all night trying to get a good night’s sleep – but what if your lack of sleep is threatening your life?

Approximately 25 million Americans suffer from sleep apnea, a potentially serious sleep disorder that often goes undiagnosed. Sleep apnea is caused by a failure in the body to regulate breathing while asleep, not just a natural inability to get a good night’s rest.

There are two types of sleep apnea. The first, obstructive sleep apnea, occurs when the upper airway is blocked repeatedly while asleep, which cuts down on airflow or even stops it entirely. Central sleep apnea occurs in the brain when it fails to send the body signals to breathe. Either type can produce irregular breathing that stops and restarts hundreds or even thousands of times during the night, which can adversely affect nearly any part of your health.

A doctor who suspects sleep apnea will screen the patient for signs and symptoms and likely order an at-home sleep test, which will monitor breathing rate over one or two nights. If diagnosed, sleep apnea is very treatable. Most patients find relief by using a CPAP (continuous positive airway pressure) machine, which regulates their breathing at night, and will usually rely on the machines for the rest of their lives.

But what happens when a CPAP machine fails?

This June, Philips Respironics announced a recall on millions of CPAP and other respiratory devices after thousands of consumer complaints poured in. Some machines were mildly defective, while others seem to have led to worsening sleep apnea. One of the features of a CPAP machine is a noise-abating polyurethane (PE-PUR) foam, which was degrading much too quickly inside the machines and being ingested by users. Some patients were even breathing in toxic fumes that can cause cancer, asthma, chemical poisoning and liver damage.

Over 100 federal lawsuits have been filed against Philips since the recall began. They have since been consolidated into multidistrict litigation (MDL) – meaning they will go through pretrial proceedings and discovery as one group, thereby speeding up individual trials.

What Can Sleep Apnea Do To My Health?

A person’s body type or preexisting medical conditions can increase their risk of developing sleep apnea. Obesity, smoking and other unhealthy lifestyle factors can contribute – over 20% of obese people struggle with the disorder.

Genetic or other health issues that can make someone more susceptible to sleep apnea include large tonsils (which take up more airway space), polycystic ovary syndrome (PCOS), hypothyroidism, kidney or heart failure, stroke and more.

Patients with sleep apnea that goes untreated or undiagnosed are at risk for a variety of alarming health problems, including but not limited to:

A CPAP machine or other respiratory aid device is currently the most common and effective treatment for sleep apnea, along with recommended lifestyle changes. Your physician will work with you to find the most practical and comfortable device for you, and it may be in the form of a machine, full or partial head or mouthpiece, or implant. Patients who embrace life with these devices will usually find sleep apnea to be very manageable.

What If My CPAP Device Is on the Recall List?

If you use a Philips brand CPAP or another breathing device, there’s a good chance your model has been recalled – there are more than three million affected machines in the U.S. It’s unrealistic to expect sleep apnea patients to wait the projected 12 months for a repaired unit. And most insurance providers, including Medicare, will not issue you a new unit unless your current one is at least five years old.

Therefore, patients should consult with their doctor to decide between living without the machine or using it despite the risks of inhaling the foam or its fumes. That decision will be based on your unique situation, but neither choice is likely good for you. And being forced to choose between adequate sleep and further health complications is unacceptable. You can contact Philips or file a report with the FDA’s MedWatch Program, but that’s where your power over your health ends – unless you decide to take legal action.

You have a few options, including filing or joining an existing class action lawsuit or filing a products liability lawsuit. Keep in mind you’re probably only eligible for these if you’ve used the affected machine for six months or more and have been diagnosed with a respiratory condition or cancer. Even if you’ve stopped using your CPAP device after consulting your doctor, you could have grounds for a lawsuit.

If you choose the legal route, be sure to select an attorney who has experience handling defective product cases. A lawyer familiar with the Philips CPAP recall can walk you through the legal process and help determine the best possible options in seeking compensation.