Stevens-Johnson Syndrome (SJS) is a potentially dangerous disorder involving skin and mucous membranes. In most situations, SJS is a reaction to a medication. It usually begins with mild flu-like symptoms such as fever, fatigue, sore throat or mouth and burning eyes but quickly morphs into something more serious. A purple or red rash on the skin can appear up to three days after the initial symptoms present. Another indication of SJS is blisters that form on the skin and mucous membranes around the nose, mouth and genitals. Please seek immediate medical attention if these symptoms arise, as Stevens-Johnson Syndrome can be treated if caught in time.

If untreated, Stevens-Johnson Syndrome can turn into Toxic Epidermal Necrolysis (TEN). While just 10% of the skin is affected with SJS, TEN is a life-threatening condition where more than 30% of the skin has blisters and red or purple rash. Hospitalization is required with TEN for healing and pain control.

What Medications Cause Stevens-Johnson Syndrome?

SJS and TEN are significant skin reactions most commonly triggered by medication. Often these medications are specialized drugs that treat specific disorders. One example is allopurinol (also known as Aloprim, Lopurin and Zyloprim), which treats gout – a form of arthritis – and kidney stones. In a Stevens-Johnson Syndrome study conducted at Vancouver General Hospital between 2001 and 2011, 64 patients were evaluated to identify which medications had triggered their SJS and/or TEN. Allopurinol was the common medication in 75% of those cases.

Several antibiotics used to treat infection also place people at risk of developing Stevens-Johnson Syndrome. These include drugs like sulfasalazine and nevirapine, which treat HIV infection. Seizure medications such as carbamazepine, phenytoin and lamotrigine can also trigger the disorders. And because certain seizure medications are sometimes used to treat bipolar disorder, those patients are also at risk.

Cases of SJS and TEN have also been reported by people taking over-the-counter non-steroidal anti-inflammatory drugs (NSAIDs) like acetaminophen for fever and pain relief. Always be aware of the potential side effects of any medication, not just Stevens-Johnson Syndrome. Experts believe that the immediate risk of developing SJS is highest during the first two months of taking these medications. However, it’s important to watch for symptoms for the duration of use or even after you stop using the Stevens-Johnson Syndrome-linked medications.

Drug manufacturers play an important role in treating disorders and diseases, but they do not always act in the best interest of consumers. Each medication with a risk of Stevens-Johnson Syndrome, TEN or any other adverse health effect should contain an obvious warning label. Healthcare providers and pharmacists should also talk to their patients about the potential SJS risks or other side effects of prescribed medications. If they fail to do so and are negligent in prescribing a medication that leads to Stevens-Johnson Syndrome, patients could file a medical malpractice lawsuit. Lawsuits can also be filed against the drug manufacturers for failing to apply Stevens-Johnson Syndrome warnings to their products.

What To Do If You Experience Stevens-Johnson Syndrome Symptoms

If you or someone you know is experiencing symptoms consistent with SJS and TEN, seek immediate medical attention. Recovery from SJS and TEN can be overwhelming and expensive for patients and their families. If you suspect that SJS or TEN resulted from the negligence of a physician, pharmacist or manufacturer, consider consulting a knowledgeable Stevens-Johnson Syndrome attorney who can help you fight for compensation and assist you in emotional and financial recovery. You may be eligible for damages, including medical bills, lost wages, pain and suffering, and more. Taking a prescribed medication for a health problem should not mean putting yourself further at risk, but it can if those risks are not conveyed to patients who are sadly often overlooked. 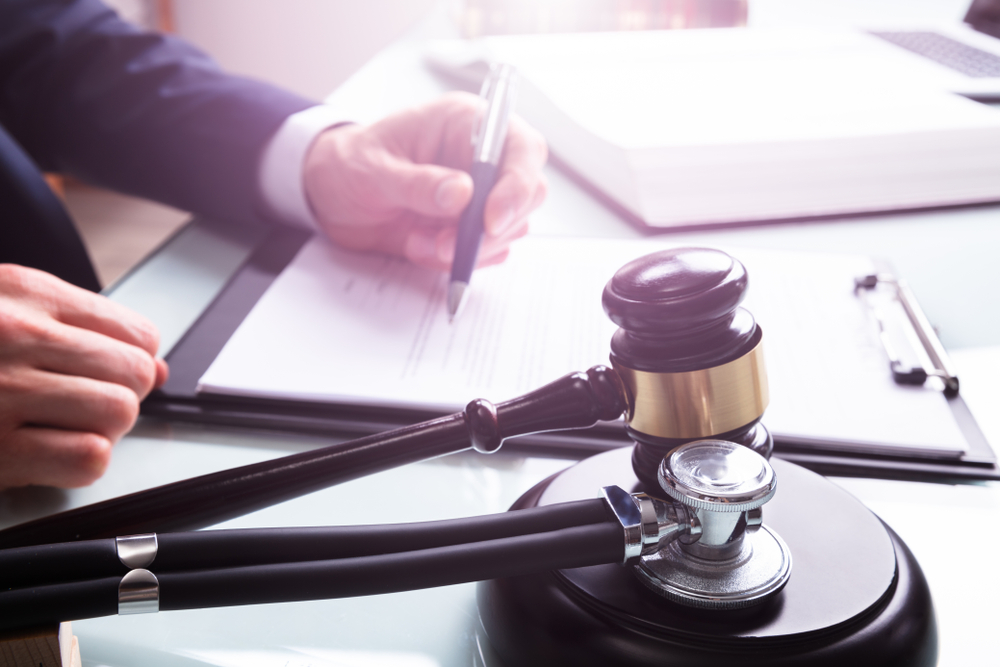