Researchers have found a link between thyroid cancer and certain pesticides in a new study highlighting concerns about how exposure affects human health. Study authors from the University of California, Los Angeles, reviewed more than 2,000 thyroid cancer cases and found an association between pesticide exposure and the disease. Researchers found a link between thyroid cancer and ten pesticides, including paraquat dichloride and glyphosate. These are two of the most common weed killers worldwide, and they’ve already been linked to other serious health conditions. The companies that manufacture paraquat and glyphosate products are embroiled in thousands of lawsuits from people who allege that herbicide exposure made them sick.

Paraquat is an organic chemical that is commonly used as a commercial herbicide. It’s highly effective and relatively inexpensive, which makes it an ideal choice for farmers and agricultural producers. It isn’t available to the general public, and only licensed applicators are allowed to use the pesticide. These applicators must complete EPA-approved training and wear protective equipment. Even with these precautions, paraquat is very dangerous. One sip is enough to kill; prolonged exposure has been connected to heart failure, reproductive problems, and Parkinson’s disease.

Parkinson’s disease is a movement disorder caused by nerve cell breakdown. Common symptoms are uncontrollable tremors, stiffness while walking, and depression. It is a degenerative condition, which means that it worsens over time. Within ten years of a diagnosis, patients usually have serious health problems. Some are unable to walk or stand, while others have dementia. Paraquat manufacturer Syngenta has faced numerous paraquat lawsuits from plaintiffs diagnosed with Parkinson’s after paraquat exposure.

Glyphosate is the active ingredient in Roundup, the most popular weed killer in the world. The agricultural company Monsanto introduced the herbicide to the market in 1974. By 2016, an estimated 287 million pounds were sprayed on U.S. crops. Roundup is economical and widely marketed to gardeners and farmers who need to kill broadleaf weeds and grasses, and it’s available on the shelves of most home improvement stores. It’s also been connected to certain types of cancer.

In 2015, the International Agency for Research on Cancer (IARC) classified glyphosate as “probably” carcinogenic to humans. Other researchers later disputed the finding after reports that the IARC ignored conflicting evidence, but other studies have linked Roundup to non-Hodgkin’s lymphoma. Thousands of people have since sued Bayer. (The pharmaceutical company acquired Monsanto in 2018 and inherited its Roundup litigation.) Plaintiffs allege that Monsanto failed to warn about the potential risks of Roundup use. Bayer plans to stop selling Roundup for residential use in 2023.

Plaintiffs have seen significant victories from the lawsuits against pesticide manufacturers. Bayer set aside up to $10.9 billion to resolve Roundup lawsuits two years ago and has paid sizable settlements to cancer patients. One California couple who developed non-Hodgkin’s lymphoma after Roundup exposure won $86.7 million, while a former school groundskeeper with terminal cancer received $20.5 million. Bayer appealed these verdicts to the U.S. Supreme Court but ultimately didn’t prevail. The pharmaceutical company has had better luck recently, winning its last five Roundup jury trials.

The UCLA study is the first to provide evidence that pesticide exposure could increase thyroid cancer, which has important implications for thyroid cancer patients. These findings may help set the grounds for people diagnosed with thyroid cancer after pesticide exposure to sue the manufacturers who didn’t warn them about cancer risk. The study authors say additional research is needed, but the evidence presented could clear a path for future lawsuits against Bayer and Syngenta. Thyroid cancer patients with a history of pesticide use should contact an attorney to discuss potential legal options. 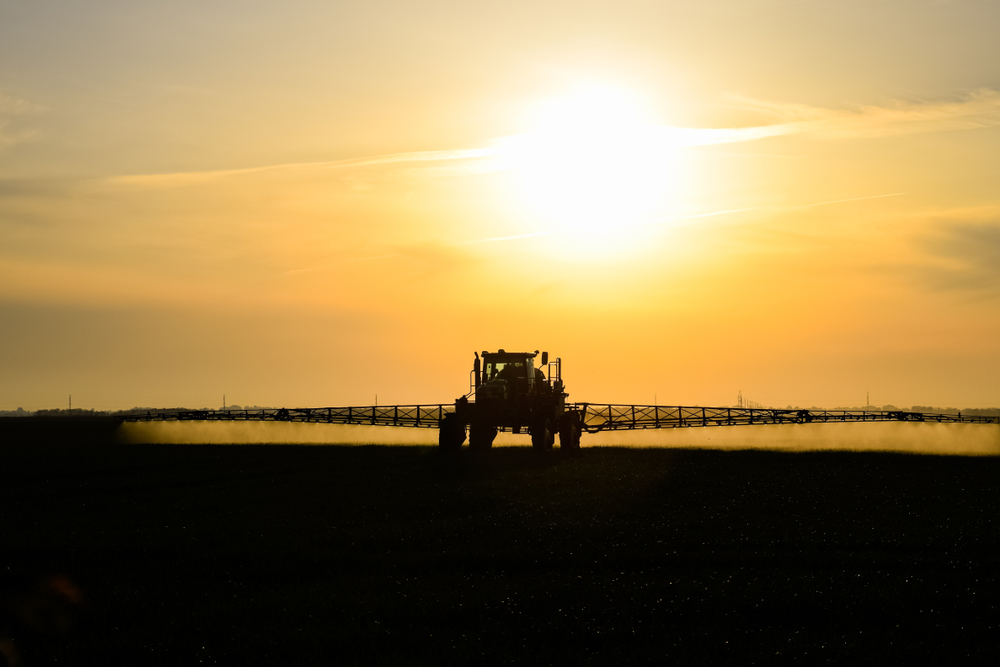