Shawne Alston was a 235-pound running back who played for West Virginia University until 2012, gaining more than 1,000 yards during his college career.

Each was a good player, with O’Bannon much better than Alston, but neither would be considered great. Both are historic, though, because the moves they made years ago — away from their sports — are coming to light like never previously in the legal arena.

A lawsuit by O’Bannon, filed in 2009, claimed colleges and universities were cashing in on their players’ name, image and likeness without paying those players. O’Bannon had seen his likeness used in an EA Sports video game. He was partially successful in the case, which was decided in 2014.

In the Alston case, the NCAA lost the ruling about student-athlete compensation, but the judge’s decision was limited. The ruling has meant more scholarship money for postgraduate degrees and more school supplies for athletes in general — as long as they are “related to education.” But it fell short of the plaintiffs’ desire for athletes to be eligible for uncapped compensation.

As part of the settlement, the NCAA agreed to pay more than $208 million to a class of more than 50,000 student-athletes who played or have played Division 1 football, men’s basketball and women’s basketball since March of 2010. In July 2019, they began receiving payments. On the other hand, the court allowed the NCAA to maintain its ability to limit non-education related benefits for student-athletes.

Momentum for change is shifting

Now, the tide has turned, and what O’Bannon and Alston pushed for is taking shape.

Annually, approximately 500,000 student-athletes play in multiple NCAA divisions nationwide. Someday soon, those players will be able to get paid, and with the NCAA’s blessing.

In early August, prompted by the past along with mounting momentum, the NCAA’s Division I Board of Directors sent its members new recommendations regarding name, image and likeness. Those members had until Aug. 28 to provide feedback, with the NCAA’s Legislative Solutions Group working to finalize recommended legislative changes through the fall. The Division I Council will then introduce legislation into the 2020-21 legislative cycle by Nov. 1, with a vote anticipated at the 2021 NCAA Convention in January.

Preliminarily, the NCAA proposes that student-athletes be allowed to use their name, image and likeness to promote camps and clinics, private lessons, their own products and services, and commercial products or services. Also, student-athletes could be paid for their autographs and personal appearances. Meanwhile, safeguards were included to ensure payments for name, image and likeness rights wouldn’t be a disguised form of pay for play, particularly when made by boosters or others with connections to the institution.

In explaining the reasoning, NCAA board chair Eli Capilouto, president at Kentucky, commented: “I believe these concepts reflect the evolution of the Division I membership. It is important for institutions of higher learning to support the whole student — academically, athletically, and in pursuits outside the classroom and fields of play.”

Still unclear: Who will make the rules

So, compensation for players will happen. The question is whether the NCAA will have the final say, or whether federal legislation will supersede?

That’s the conclusion drawn by Gregg Clifton, principal in the Phoenix, AZ, office of Jackson Lewis P.C. and co-Leader of its Collegiate and Professional Sports Practice Group.

“There are a lot of behind-the-scenes things going on between (federal legislators) and the NCAA,’’ Clifton said. “The bottom line is the pressure is still on the NCAA. The feds are still watching them very closely.”

Federal legislation, in fact, already is in the works. In June, Marco Rubio, a Republican U.S. senator from Florida, introduced proposed legislation called the Fairness In Collegiate Athletics Act. It would require the NCAA to implement name, image and likeness rules for student-athletes by June 30, 2021. Among highlights of the proposed legislation: The NCAA must allow student-athletes to obtain professional representation in matters related to name, image and likeness.

While Rubio’s proposed legislation might not make it to the finish line, and some people have deemed it too soft, it has kept the federal inertia moving forward, Clifton said.

Also notably, part of the June 2021 timing is to beat legislation coming from individual states, which are developing their own game plans. For example, a related Florida state law becomes effective July 1, 2020.

“The clamoring of state legislators to be active and be visible in introducing legislation regarding name, image and likeness rights for student-athletes has been unbelievable,” Clifton commented. “Very few people have said this is ridiculous; we don’t want to do it.”

Indeed, compensation for student-athletes for name, image and likeness appears to be a slam-dunk. However, exactly when and how, and with rules from whom, are questions that still remain unknown.

“All these potential issues, which are usually separate silos or separate columns, are now crashing together,” said Clifton. “It is a very interesting time from a sports-lawyer’s point of view. And it’s so fluid. It is literally changing day to day.” As Pfizer’s COVID-19 vaccine was approved for those as young as 12, back to school could look similar to previous years. As millions of students return to school in the fall, there is discussion whether COVID vaccinations will be required. The short answer is it’s… The NAACP Legal Defense and Education Fund is working to build a new civil rights advocate team, launching a scholarship program to pay for their law degrees. The Marshall-Motley Scholars Program is “an innovative educational and training opportunity that will produce the next generation of…

Gregg Clifton predicted in September that college athletes would be paid in the near future. Clifton, principal in the Phoenix, AZ office of Jackson Lewis P.C. and co-leader of its Collegiate and Professional Sports Practice Group, said at the time that the “when’’ and “how much’’… It’s not often you see a Chief Justice of a state Supreme Court apologize for making a mistake. But that’s exactly what recently happened in Florida after the Florida Board of Bar Examiners recommended cancelling a scheduled on-line Bar exam just days before the test. College students forced into online classes are suing colleges, saying the classes aren’t as good as in person. Experts say that might be a tough sell. 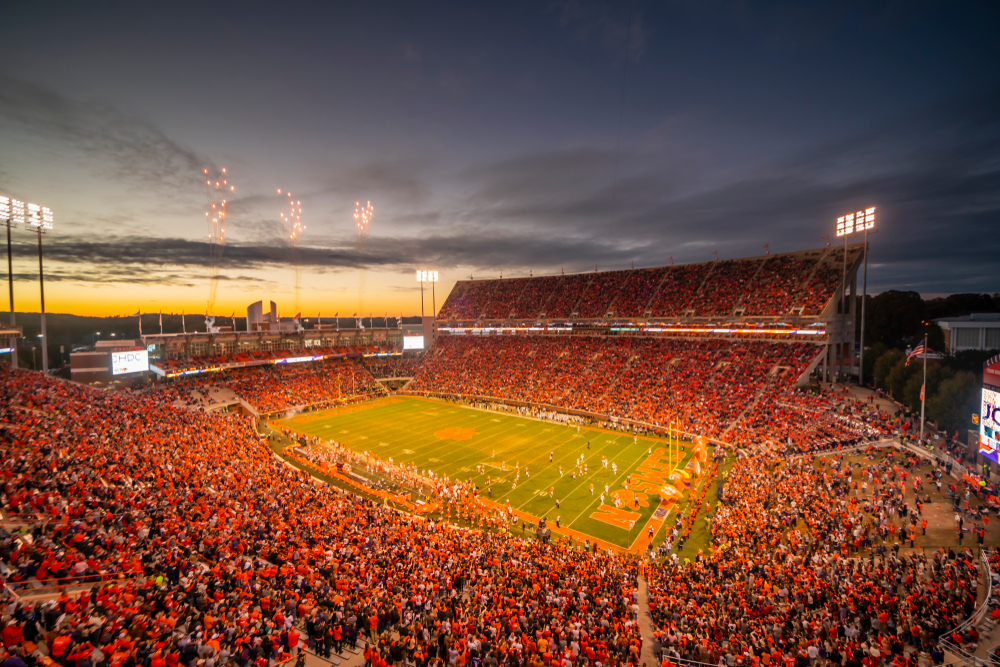 With the lives of children, their teachers, and their families at stake, it is inevitable that the national controversy about how to reopen schools would end up in the courts. It also seems inevitable that politically contentious Florida, now one of the nation’s more virulent…