Timeline of the Trump Documents Investigation Inside the Sandy Hook Civil Lawsuits against Alex Jones 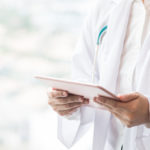 Electrical Injuries Can Cause Devastating Effects